What Makes a Technology Cart a “Smart Cart”?

There are many computer carts that advertise smart or intelligent features, but what does it actually mean?

What is it that makes a computer cart smart? The answer might actually be a little confusing, because the reality is that different manufacturers use the same terms to describe different features. It is easy to see how, when shopping for carts, one may think they are comparing apples to apples when they are really comparing apples to oranges.

When it comes to carts for charging and securing mobile devices (or computers on wheels), the adjectives “smart” or “intelligent” are usually describing the method of charging equipment that is used. In reality, not all smart or intelligent carts have the same type of charging, though.

Technology carts are essential in securing, storing, charging, and integrating technology into a school. They cut down on the time that would have been spent traveling to a computer lab and enable sets of devices to be easily shared, among other benefits, but issues with a cart can hijack class time too. Next to mobility, the charging aspect of these carts can make or break their effectiveness, so knowing what you are getting ahead of time is key. 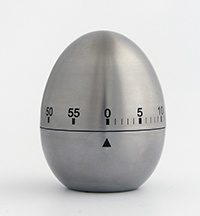 If you have used classroom computer carts in the past, you may very well have encountered a charging cart with a timer. Charging a cart full of devices with only power strips can be dangerous. A cart timer is a basic method used in most cases for laptop, notebook, tablet, or iPad carts (and many other types of portable devices) for preventing too much power from being drawn from the wall at once and causing a circuit breaker to trip.

There are a few downsides to this method:

This method works, but it can be cumbersome. That is why some cart manufacturers have devised ways to improve on it.

There are several examples of different charging methods that are sometimes described as smart or intelligent.

Keep this in mind the next time you are comparing mobile classroom carts. In the end, think about what features are most important for your end users. A charging cart is not something that they want to have to fuss with. It just needs to work seamlessly in their particular use scenario. After all, it's not really about the hardware itself, it is all about enhancing the lesson plan. The less time spent just managing and charging mobile devices, the better.

Some of these charging methods are better suited for different situations, so that is why it is important to know the difference and what you are actually getting beforehand. It is certainly better than finding out later that it is not working out.

Learn more about true intelligent charging systems and the efficiencies they can bring to your technology program.