When I first wrote the article "The Real Costs of Buying Chromebooks for the Mobile Classroom" Chromebooks were just starting to gain popularity as a cost-effective way for schools to put technology into the hands of students. Today, Chromebooks are an integral part of education technology. Chromebooks have not only become a staple of education (representing approximately 60% of the U.S. K-12 market in 2017), but have also but have also outsold Apple's iMacs and MacBooks combined.

There is no doubt that these low-cost, easy-to-manage devices have permeated the marketplace. Seven years ago, however, it was difficult to know what to expect. Part of what made Chromebooks much less expensive than other devices was their lack of internal storage and subsequent reliance on a good internet connection to access apps and storage, which was uncharted territory for many schools. In the previous article, I made an educated guess about The Real Costs of Buying Chromebooks for the Mobile Classroom and whether their operating costs, beyond the initial purchase of the device, would outweigh their benefits. Today, I will be revisiting this topic to re-examine whether Chromebooks really are as low-cost as we think they are. Keep reading to find out more... 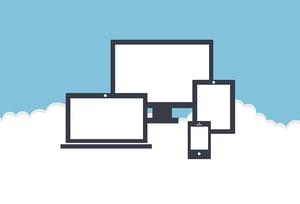 Though Chromebooks are useful for their offline capabilities, at the end of the day they are still wireless-only devices that store all their information in the cloud and depend on a Wi-Fi connection for most of their functionality. This means that a robust wireless network and reliable internet connectivity are non-negotiable for schools that wish to deploy a strong 1:1 or BYOD program using Chromebooks.

Saying that, a dependable internet connection is also necessary when deploying full class loads of other, potentially more expensive devices (think Apple MacBooks or iPads). This means that instead of being a cost associated with Chromebooks alone, expenses associated with updating wireless infrastructure are actually due to modern education technology integration practices.

By now, most schools have also updated their wireless infrastructure, or are midway through the process of doing so—rendering this concern trivial. Further, many schools have been able to acquire monetary assistance through the Federal Communications Commission’s (FCC’s) E-rate program. Funded by the Universal Service Fund, eligible schools can apply to receive funding or discounts towards telecommunications, internet access, internal connections, broadband, and/or maintenance services. Benefits provided by the E-rate program are still available and more information may be found here.

To this day, one of the main restrictions associated with Chromebook usage is that they have a closed system, whereby third-party software cannot be installed. This, along with their limited amount of internal space, means that users are required to work directly from a website or an application available on the Chrome Web Store.

Only a few years ago, teachers found themselves wasting time looking for Google-approved applications that would act as acceptable substitutes for the “legacy” software to which they were accustomed. Fortunately, that is no longer the case, as many companies and developers have recognized the need for their software to run either online or through the cloud, and have been releasing new versions accordingly.

Unfortunately, Chromebooks still rely on the use of Google’s Cloud Print system. Unlike traditional printer setups, this system requires that a compatible cloud-ready printer be connected to the same Wi-Fi network as the device. Once it has been connected, users should then be able to select the destination printer when they go to print.

This process sounds easy enough, but not all schools have had the budget to invest in all-new cloud-ready printers. And although there is a way to register older printers to Google Cloud Print, they must still have Wi-Fi capabilities in order to connect.

More often than not, printing from a Chromebook can be finicky. And even with a cloud-ready printer, there have been instances where educators cannot locate the destination printer after any form of disruption to the Wi-Fi network. Coupled with this, not all students can print at home if they do not have a Wi-Fi enabled or cloud-ready printer.

It is important to note, however, that other brands and types devices are also moving towards printing over Wi-Fi exclusively (say goodbye to installing third-party printer drivers!). This means that although printing from a Chromebook may cost extra in time and money, schools may face similar issues when deploying other devices as well. 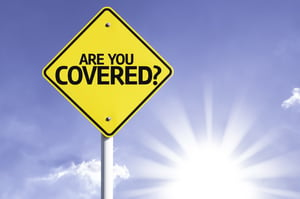 As with any other type of device, Chromebooks are susceptible to damage and replacing damaged devices can add up. This can be especially true for schools that allow students to bring the devices home with them. To overcome this concern, schools have come up with a variety of solutions.

One option that we outlined in our last post was to invest in the optional insurance policy offered by the Chromebook manufacturer. This generally costs around 30% of the purchase price, but can admittedly be a risky investment, as it does not always cover accidental damages. On top of that, Chromebooks usually already come standard with a limited factory warranty that covers manufacturer defects, so any extra expense associated with a manufacturer insurance policy may not be worthwhile.

With manufacturer insurance policies being so costly, many schools have found more affordable ways to protect their investment. For example, some have opted to buy more devices than are actually needed so that they have replacements for those accidentally damaged. These replacements can also come in handy when students either forget to bring their devices to school, or forget to charge them.

Other times and especially in 1:1 environments, students will become responsible for their own devices. This means that when a device becomes lost or damaged, the student pays to replace or repair the device and the school is not liable. In these instances, schools will often recommend that the students purchase insurance from a third party or occasionally provide their own optional insurance policy for their students to purchase.

Damage or loss rates will vary from school to school, but it is still smart to account for expenses associated with having to replace devices. Luckily, Chromebooks are less expensive to replace than other types or brands of devices, and in turn also less likely to strain your school’s budget.

Mass enrolling devices manually, one at a time, is a waste of time and money. The same can be said when outsourcing the job to a “white glove service” provider where you have to pay a fortune for enrollment per device. Nowadays, there are a number of modern innovations that allow your IT department to mass enroll Chromebooks quickly, and at a fraction of the cost. To learn about the Chromebook enrollment options that are at your disposal, check out my previous blog post on the DIY Time Saving Methods for Mass Enrolling Chromebooks.

In the past few years, computing as we knew it has changed drastically. Schools have become fully wireless, the days of installing third-party software are quickly becoming obsolete, and there is a growing trend towards online-only content. Printing may still be a pain, but when hasn’t it been? Overall, it seems that Chromebooks may have become even more cost-efficient than they were half a decade ago—especially now that automated DIY mass enrollment methods exist!

Being such a feasible, easy-to-use solution for the budget-conscious classroom, it makes sense as to why Chromebooks hold such a large share of the education market. There is no question why Chromebooks have taken over the classroom and other computer manufacturers are now having to follow suit so as not to be left behind.

Get More Cost-Effective Charging and Storage for Your Devices

JAR Systems has developed a wall-mountable charging station that supports Chromebooks, notebooks, and tablet devices. Designed to be different, this versatile solution is simple, durable and affordable. For just $295.00, schools can get the Essential 16 Charging Station and achieve individual security and charging for 16 devices. Click below to learn more about the Essential 16 Charging Station and request more information or a quote!