15 Years of Education Technology in Review 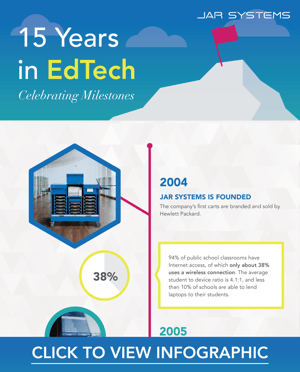 In the early 2000s, most computers required a hard-wired connection for access to the internet. Teachers had to schedule visits to computer rooms for students to use shared computers. Data was stored on servers located on-site. The Chromebook was yet to be invented. How the times have changed!

2019 marks JAR Systems’ 15th year of manufacturing charging solutions for K-12 education, which has our team reflecting on the remarkable transformations in educational technology during this time. Keep reading to walk through some of the key developments that have allowed schools to progress to where they are today. 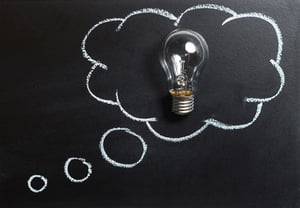 From floppy disks, to CDs, to flash drives, the methods used to store and share files have become increasingly more efficient and less cumbersome. With the release of Google Apps (now G Suite) in 2006, educators were given the whole nine yards on Cloud computing—a solution that is now ubiquitous.

Accessible via any internet capable device, the Cloud has revolutionized education by providing educators and students with an easy way to store, access, and share digital content and learning materials. It provides educators with the opportunity to implement virtual classrooms and digital testing, while also providing better opportunities for personalized learning.

Since its initial introduction into the education sphere, a number of major manufacturers have released their own cloud computing services. Dropbox was released in 2007, followed by Apple’s iCloud and Microsoft’s Office 365 in 2011. The ability to save everything online has transformed the way that students and educators work, and means that when devices fail, not all hope is lost!

From the release of the MacBook in 2006, to the iPad in 2010, and most notably the Chromebook in 2011, it is clear that the device industry has undergone a major shift. Alongside a rise in cloud computing services, devices have evolved to become smaller, smarter, and more affordable due to the lack of a need for local data storage.

In particular, the Chromebook’s remarkably low price-point accompanied by the introduction of Google Classroom applications in 2014 have made it an education solution hard to compete with. The competition has effectively driven down the cost of other classroom devices, making them more affordable for districts aiming to achieve 1:1 computing. This has also reduced the once popular bring your own device (BYOD) policies given the affordability of providing classroom sets of 1-to-1 devices.

The shift in the cost and use of devices has as also made them more affordable for society as a whole. According to a 2019 study conducted by Pew Research Center, about 81% of the United States’ population own smartphones, 75% own laptops, and 50% own tablets. With such a high access-rate to these cloud-enabled devices, students are not only able to access the cloud from the classroom, but also from their home, a café, or even the subway at any time of the day.

Since so much of the functionality of Chromebooks relies on having an internet connection, schools could not have succeeded in using these devices if it were not for a drastic increase in adopting high speed wireless internet connectivity.

In order to “close the Wi-Fi gap” and transition support away from legacy technologies by ensuring affordable access to high-speed broadband connectivity services, the FCC adopted the E-Rate Modernization Order. Since then, the cost of K-12 internet access has been driven down by a whopping 85% and today, 98% of schools have achieved the access required for a truly effective digital learning environment.

Another major driving force behind the adoption of high-speed internet has been the transition toward computer-based testing. In 2015, the Common Core began rolling-out digital standardized testing. This method is considered a step-up from traditional, paper-and-pan testing methods because technologically enhanced items help engage students, accommodate individuals, and accelerate the grading process.

Learning Management Systems Transform Content Management
Coinciding with the increased availability of high-speed internet is an increase in the use of and access to Cloud-hosted learning management systems (LMS). Assisting with the blended learning model, these systems help teachers personalize learning, deliver lessons, and manage student outcomes.

Launched in 2014, Google classroom is one of the most popular cloud-based Learning Management Systems used in K-12 education today. Designed to streamline how educators and students work, communicate, and collaborate, it provides students with a centralized location where they can access their learning content, collaborate with peers, and receive feedback from teachers. 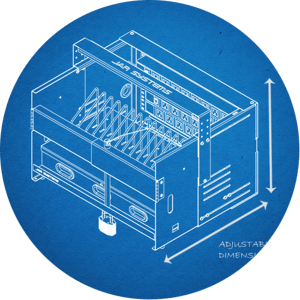 Only 15 years ago, it was considered a luxury to own a classroom set of devices and having a 1-to-1 environment was a rarity. For educators to share and charge devices between classrooms, mobile charging carts were required. And to compensate for the bulky devices common of the time, the carts were often just as cumbersome.

Looking back, it is apparent that the features associated with popular charging and management solutions have evolved in tandem with changes in the design of and practices surrounding mobile devices. With an ongoing trend toward 1-to-1 environments and flexible classroom layouts, the most popular solutions have become those that complement the learning environment by enhancing the functionality of the learning space.

To maximize classroom space and streamline students’ access to devices, mobile charging carts have been reconfigured to feature smaller footprints; while stationary charging stations will often offer a variety of installation options for flexibility. Innovations in charging technology, including our very own Intelligent Charging System, have also increased the efficiency in which classroom devices can be charged and managed.

As you can tell, instead of focusing on price alone, districts’ have transitioned their focus toward the combination of affordability, usability, flexibility, and serviceability offered by each solution and its manufacturer. After all, it makes the most sense to invest in a solution that will last long-term.

The Big Picture
When JAR Systems was founded in 2004, although 94% of United States’ public-school classrooms had some form of internet access, only about 38% of those connections were wireless. The average student to device ratio was 4.1:1 and less than 10% of schools were lending laptops to students. Can you believe how much has changed?

Today, devices are lightweight and mobile, Wi-Fi is omnipresent, and students and teachers can just about access their devices whenever and wherever they need. In fact, 98% of schools now have access to high speed wireless broadband internet and on top of that, 60% of high schools, 63% of middle schools, and 42% of elementary schools have achieved 1:1 computing. Who knows where we will be another 15 years from now? 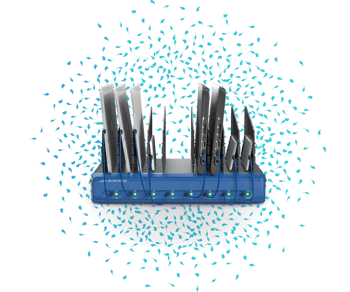 In gratitude of your support over the past 15 years, JAR Systems invites you to join us in celebrating our 15th anniversary. Between now and September 20th, we are giving away 15 Universal USB-C Charging Docks free of charge to 15 lucky winners! Enter now for the chance to win for your school.