With the rise of cloud computing, school networks have become strained because of the number of devices trying to connect at once. When students use their Chromebook devices to browse the internet or share work with others, they are relying on a steady Wi-Fi connection. When too many students want to access the internet at the same time, the connection will often slow down or crash.

Most commonly, these issues occur because of an insufficient bandwidth connection that cannot process the number of network requests it is receiving, creating a bottleneck phenomenon. To counter this effect, many IT departments have had to allocate a large portion of their budgets to increasing their bandwidth connection.

Fortunately, a new wireless networking technology may reduce this problem. This invention, called Li-Fi, is capable of using modulated light to provide the additional bandwidth capacity necessary to allow a steady streaming signal for students to use their devices simultaneously without difficulty. Keep reading to learn more about Li-Fi and what it could mean for mobile technology in the classroom...


The Importance of Bandwidth 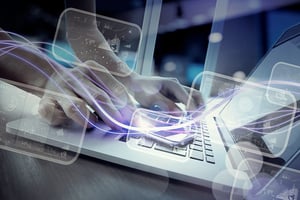 Bandwidth may be compared to the number of lanes on a highway. For example, a single lane road is capable of supporting a single car going at high speed. When too many cars want to drive down the same road, however, traffic builds up and all of the cars have to slow down.

This means that in order to effectively integrate technology into the classroom, schools have had to increase their bandwidth to handle hundreds of data requests at once. Or, rather, schools have had to add more lanes to their metaphorical “highway” to account for record high levels of traffic. 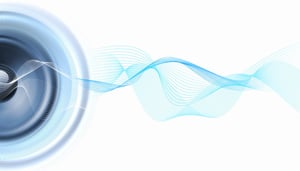 Wi-Fi, the type of connection we are all familiar with, relies on radio waves to transmit information across a network. For this process to work, data sent from the Internet passes through a router via a wired Ethernet connection. The router then codes this data into radio signals that can be received by a computer’s built-in wireless transmitter. This connection supports two-way traffic, whereby information can be sent from the router to the computer and the other way around.

Li-Fi, on the other hand, uses a visible light communication (VLC) system to provide network connectivity. This system has two basic parts: a data-enabled LED bulb and a separate photodiode. Information is fed into this special LED bulb, which then embeds the data into its light current, which in turn travels at rapid speeds to the photodiode. The photodiode, connected to the computer via USB, then acts as an adapter by decoding the data from these light signals. Similar to Wi-Fi, this process is bidirectional, meaning that the special LED light also reads back signals from the photodiode to send to the internet. According to creator Harold Haas, “the communication link [associated with Li-Fi] behaves as seamlessly as do the radio signals of a Wi-Fi system.”

What Could this Invention Mean for Schools?

According to PureLifi, a technology company pioneering VLC systems, “installing Li-Fi alongside Wi-Fi provides additional bandwidth to reduce network congestion, enabling students to stream educational videos and download resources with seamless connectivity.” This suggests that instead of implementing Li-Fi as an alternative to Wi-Fi, it may first be used to provide a complementary function to current network solutions. Currently, a select few schools in Scotland and Germany are pilot testing Li-Fi. It will be interesting to monitor its progress in the edtech field, and observe firsthand where this innovative new technology will take us.


Get More Affordable Charging and Storage for Your Devices

Flex-Share Charging Stations are modular charging solutions that can be configured in multiple ways to best satisfy the charging requirements and space limitations in each classroom. Featuring removable and adjustable dividers, these charging stations offer a variety of installation options that help maximize classroom space and improve the flow of student traffic when deploying devices. Click below to watch a video about Flex-Share Charging Stations and request more information or a quote!